Transcultural Education Strategy in the Context of Globalization Challenges

Contemporary socio-cultural context of globalization creates the challenges for educational policy. A process of destroying the previous hierarchical structures of order in turbulent flows of chaotic interlacement and mixing «fluid» integrity and becoming new network structures, germinating like rhizome through the barriers of political, national, cultural, ethnic and other localities is taken place. How can we learn to live in a multicultural world in the face of complex and contradictory processes of integration and the information revolution, which multiplies the diversities? Which concept of culture can be the basis for the transformation of education and humanitarian policy in general? The article deals with the dynamics of understanding the strategies of culture in the concepts of interculturality, multiculturality and transculturality. The conclusion about the descriptive and normative relevance of concept of transculturality for forming a new educational policies and practices is grounded. It is shown that globalization is carried out as a process, in which tendencies of the universal standardization of the world and the creation of cultural diversity are realized contradictory. Both trends in competition and interweaving create the new forms of globalization of culture, in particular in the form of transcultural networks. The position, according to which transcultural education networks form a significant potential of social creativity is shown. The attempt of Ukrainian education to be as up-dated as oriented to the future puts it in a situation of necessity of transcultural transformation
in accordance with a focus on the values of peace, social justice and sustainable development. 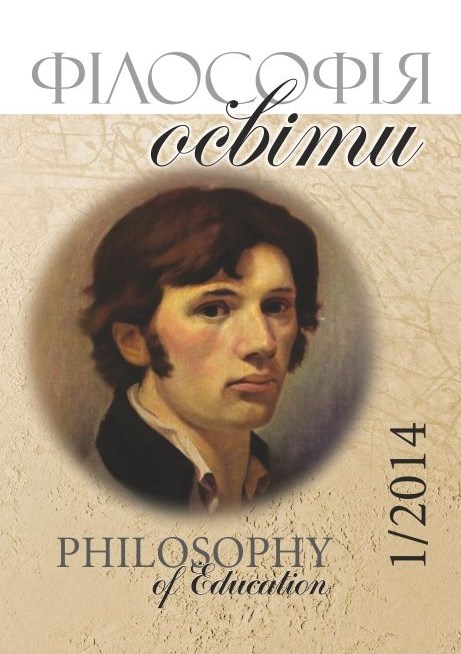