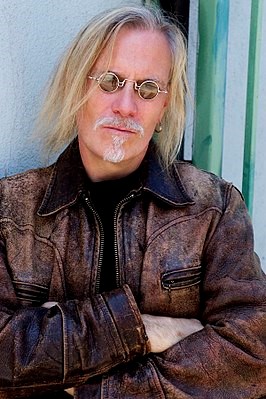 During his doctoral studies in curriculum theory at the Ontario Institute for Studies in Education, University of Toronto, Professor McLaren was elected a Junior Fellow of Massey College. Shortly after receiving his Ph.D. in 1984, he was inducted as a Fellow of the Royal Society of Arts and Commerce (England). Over the past twenty-five years he has held full-time positions at Brock University in Canada, Miami University of Ohio, The University of Auckland, New Zealand, and the University of California, Los Angeles.

After teaching for a year at Brock University in 1984, Professor McLaren was hired by the Graduate School of Education and Allied Professions, Miami University of Ohio, where he became an Associate Professor and the youngest professor to be awarded the title of Renowned Scholar–in-Residence. After working at Miami University in close collaboration with Professor Henry Giroux for eight years, and serving as Associate Director, and then as the Director of the Center for Education and Cultural Studies for two years, he was recruited in 1993 by the Graduate School of Education and Information Studies University of California, Los Angeles.

Professor McLaren is the author and editor of nearly 50 books and hundreds of professional publications on education and social justice. His writings have been translated into over 20 languages.

Four of his books have won the Critic's Choice Award of the American Educational Studies Association. One of his books, Life in Schools, was chosen in 2004 as one of the 12 most significant education books in existence worldwide by an international panel of experts organized by The Moscow School of Social and Economic Sciences and by the Ministry of Education of the Russian Federation.

Instituto McLaren de Pedagogia Critica y Educacion Popular, an organization that offers courses, degrees and training in popular education in Ensenada Mexico has been named in his honor.

In April 2002, Professor McLaren became the inaugural recipient of the Paulo Freire Social Justice Award presented by Chapman University. In 2010 he was presented with the Distinguished Research Award by the American Educational Research Association Paulo Freire Special Interest Group. In 2012, he was inducted as an American Educational Research Association Fellow. Also, in 2012, he received the Ann-Kristine Pearson Award in Education and Economy presented by The University of Toronto's Center for the Study of Education and Work. That same here he received The Social and Economic Justice in Public Education Award presented by the Marxian Analysis of Society, Schools and Education, a special interest group of the American Education Research Association. He was also made Honorary Chair Professor of Northeast Normal University in China, and Honorary Professor of the Faculty of Education, University of Auckland, and was awarded the Lifetime Achievement Award in Peace Studies by the Central New York Peace Studies Consortium, one of the oldest peace studies organizations in the world that has been recognized by the United Nations and University of Peace. Again, in 2013, he was presented with the inaugural Paulo Freire International Social Justice Award by the Paulo Freire Research Center, Finland and was also awarded the Department of Education at Antioch University (Los Angeles) 1st Annual Social Justice and Upstander Ethics in Education award. In addition, he was recently presented with the First International Award for Social Justice and Equity through Education award, by the Instituto Universitario Internacional de Toluca (Mexico). Again, in 2013, he was awarded the Lifetime Achievement Award from Miami University of Ohio in conjunction with the Pedagogy and Theater of the Oppressed Organization, and recently the Ministry of Education from the Bolivarian Republic of Venezuela presented Professor McLaren with the International Award in Critical Pedagogy.

In 2013, the directors of the National Conference on Equity and Social Justice in Education awarded Professor McLaren with the First Annual Social Justice, Equity and Global Ethics Award and he recently received the Defense of the Rights of Indigenous Peoples Award from The Higher Council of Community Government, the Council for Civil Affairs and the Education Commission of Cheran, Michoacán, Mexico. The Institute for Research and University Education (IISUE) of the National Autonomous University of Mexico (UNAM) has given Professor McLaren the Academic Distinction Award marking his 25 -year participation in the program, Education Debates and the Social Imaginary.
Professor McLaren has received honorary doctorates from The University of Lapland (Finland) and the Universidad del Salvador, Buenos Aires, Argentina.
Since 1985, Professor McLaren has helped to contribute to the development of various fields of education, most specifically the areas of critical pedagogy, critical ethnography, critical theory, philosophy and critical multiculturalism.

Publications in SCOPUS and WoS