The television series are viewed from the perspective of their potential educational role. It is noted that television as a whole, and separately its component – the television series, remain an influential form of media communication of our time, despite the diversification of the delivery channels of the media message and the rapid spread of digital devices.

In the complex hierarchy of TV formats, genres and niches, the television educational series, when it had being appear, became a hybrid documentary broadcast format. Considering the specificity of the video footage, television as a media is characterized by a high potential for reliable reflection of reality (another thing is how television channels operate on this potential). It is no wonder, then, that scientific documentary, as a genre, existed since the "pre-television" era.

Typical popular documentary series of recent decades have been analyzed in terms of their specific educational functions. It is substantiated that documentary serials of the present day are able to relay information of a household, scientific and educational value, which should partially rehabilitate both television and television series for educational functions, which are guarded by the culture of any level of the organization.

Despite belonging to one television format, science and education serials communicate at the level of iconic and index characters, and more entertaining reality shows are saturated with symbolic signs. Because of their conventionality, uncertainty, to some extent, nebula, these shows widen the range of potential interpretations, so they can target a flexible and fragmented audience.

Doctor of Philosophy, Professor of Department of Philosophy. She graduated from Kyiv University in 1980 He studies gender aspects of ecological communication, problems of communicative philosophy and bioethics.

Habermas J. (2000) The Structural Transformation of the Public Sphere: An Inquiry into a Category of Bourgeois Society (trans. from German by A. Onishko; Editor M. Pryhoda). Lviv: Litopys [in Ukrainian].

Maffesolі M. (2018) The Time of the Tribes: The Decline of Individualism in Mass Society (trans. from French by V. Pliushch). K.: Kyiv Mohyla Academy [in Ukrainian].

Naydenova L. A. , Cherepovska N. I. (Ed.) (2014) Mediapsychology: at the intersection of information and educational spaces: a monograph. Kyiv: Millennium [in Ukrainian]. 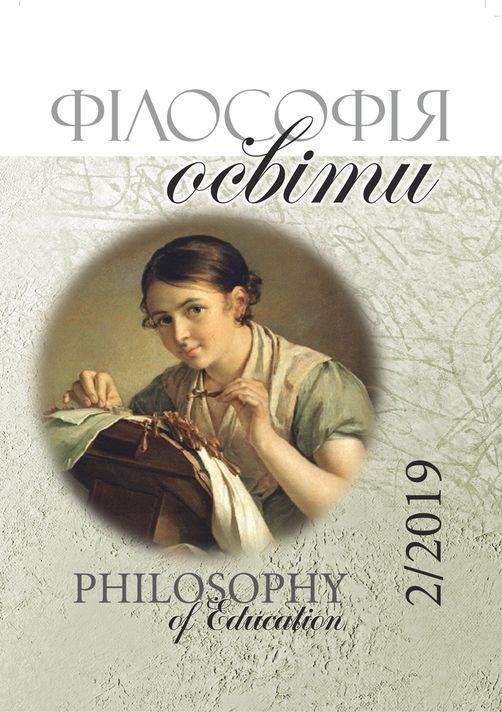