In 1999 the Bologna Declaration initiated a process of changes within higher education in a number of European countries. These changes resulted from the need for creating as uniform a system of higher education as possible in the form of a European Higher Education Area, with Poland being one of the countries involved. Ever since Poland has been proceeding with implementation of the objectives set out in the Bologna Declaration and these activities involve Polish higher education institutions to a different extent. However, it is possible to identify certain elements of the Bologna Process which have been fully implemented in all institutions of higher education nationwide. This kind of implementation process, however, requires quite a lot of effort and is not always approached without criticism. A variety of training courses and seminars, lectures and sessions facilitate exploring
the concept, methodology and technique behind the specified objectives as well as implementing solutions best suited for Poland. Jan Długosz University of Częstochowa has been systematically putting into practice all the activities arising from implementation of the objectives laid down in the Declaration, which facilitate the idea of students’ mobility, access to and valorisation of university courses and scientific research carried out abroad as well as promoting correlation between education and employability and social needs. This article embarks on presenting a number of aspects of the activities mentioned herein. 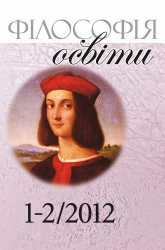 Królica, M. (2012). The Peculiarities of the Bologna Process Implementation in the Higher Education of Poland. Filosofiya Osvity. Philosophy of Education, 11(1-2). Retrieved from https://philosopheducation.com/index.php/philed/article/view/395
Download Citation