The Transformation of Educational Strategies in Non-classical Aesthetics

Article is devoted to a problem of research of aesthetic dimension of education. At the period of domination of classical ideals of science, which has been generated by new-European philosophy, an age of the Enlightenment in particular, the understanding of human nature has been substantiated by classical rationalism. Within such approach, the reason was considered not only as the main instrument of knowledge that dominates a history, but also as an example for process of education and training. The abstract understanding of the human productive forces’ structure had led to a distortion of other human abilities. Their correlation cannot be rationalized completely. It had led to necessity of using in educational
research during Enlightenment (J.-J. Rousseau, I. Kant) such methodological tools as human productive abilities (aesthetic feeling and art taste). Aesthetic abilities allowed rethinking both structure of moral forces of a person, and a principle of his/her development in education and training. The discovery of an antecedent principle of reasonability allows the understanding of education as a process of person’s integration into a culture. It is not only rationalistic technology of whole complex of knowledge formation, but also reasonable activity of an all-around developed personality. The non-classical aesthetics completes process of educational strategies transformations. Their result gives a new sense and educational dimension for such categories as imagination, taste, and game. 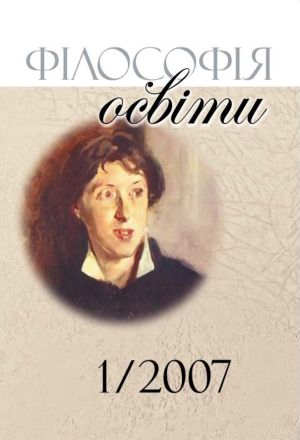